BWA cautiously welcomes the announcement that following the pilots these laws are to be enacted.

“BWA does however urge anyone seeking a disclosure to seek support to ensure any decision to leave or stay in the relationship is done so safely. BWA’s approach is not about judging or telling victims what to do, but helping them look at the choices available. Clare’s Law is just one way for a victim to understand that a relationship is likely to continue to be abusive and may be life threatening.

“I am more concerned about the Domestic Violence Protect Order. When the Police decide to issue an order this needs to be done in a careful and thoughtful way. BWA recognises that there is good multi-agency working in this area and urges Thames Valley Police to ensure that the victim has support in place as this could be a very dangerous time for them. What happens if a magistrate does not issue a Protection Order, what happens after the maximum 28 days? Whilst immediate protection can be a good thing, if the victim has no choice but to stay in the area or doesn’t want to leave family and friends, such an order could increase the danger for the victim and any children in the family.

“BWA also supports the concerns raised by Refuge that there is also a need for police forces across the country to improve their basic response to victims of domestic abuse. This follows a number of serious failings by police forces that have contributed to tragic deaths. For example, in the case of Rachel and Auden Slack, the Jury at Derby Coroner’s Court found that in October this year the police failed to warn Rachel that her ex-partner had been threatening to kill her and failed to advise on what steps she could take to increase her safety. Despite his threats he was released on bail and 5 days later killed Rachel who was pregnant and her 23 month old son Auden.” 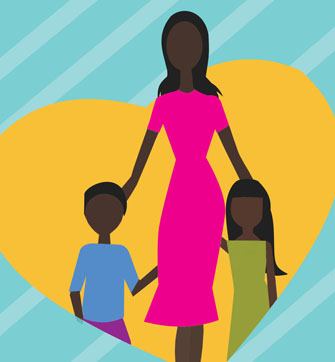